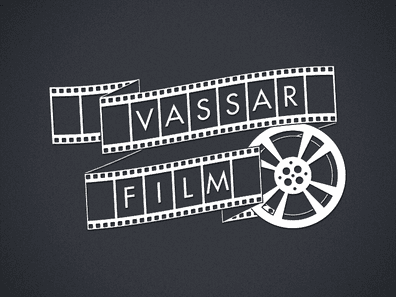 The Vassar Film Seniors in the Narrative Workshop course will be producing several (possibly 12) short films during  March and April 2017.  (The shoots are only a few days long each).BELOW ARE A FEW OF THE STORIES and Characters (THERE ARE SEVERAL MORE SCRIPTS SO ALL TYPES, AGES, and ETHNICITIES ARE NEEDED and encouraged to submit).Searchers by Bryce Daniels
Two adult brothers back home for the holidays take a walk in the woods. They get in an argument, one blaming the other for outing him as gay to their parents and forcing him to leave home. The film concludes with their reconciliation and the second brother admitting his own sexuality is in flux.
Brian: (Male, 27), tall, slim/semi muscular build. Things like hair or eye color are less important so long as they could believably be a gay male and look similar enough to be the older brother of the second character, Chris.
Chris: (Male, 25), similar build to Bryan, though maybe a little shorter. Again, eye and hair color are less important. The script also does not describe race, so that is open as well.That Your Body is for Receiving Happiness and Good Stuff by Anna Blum
A young man nervously awaits the arrival of his prom date that he found on Tinder, but when she continues to be missing in action, he finds himself connecting with her mysterious and lonely mother.
Charlie: (Male, 17-18): any hair color, any eye color. Any body type but preferably lanky build. A shy and incredibly awkward boy who found his prom date on Tinder.
Marjorie: (Female, 50s): any hair color, any eye color. The mother of Charlie’s prom date. She has an unkempt, sad sort of beauty, and is able to oscillate between maternal and flirtatious. GRANDMA’S HOUSE, written and directed by Harris Gurny
A lonely, chipper grandmother receives an unexpected visit from her estranged grandson who is hiding from the police.
GRANDMA: (Female, 70s or 80s). Lives alone, but finds basic tasks hard to accomplish. Bursting with a lively and merry persona. Constantly talking. Frail, delicate physique. Any skin color, gray hair.
TOMMY: (Male, late 20s or early 30s). A hardened, quiet criminal on the run. Aged beyond his years. Any skin color and body type.
POLICEMAN: (Male, late 20s or early 30s). Became a police officer due to a strong passion for public service. A simple, good person. Smiles constantly. Any skin color.

AN INFERTILE ATTEMPT AT REMEMBERING by Sieu Nguyen
An American war veteran who has a sexual fetish for rice and his Vietnamese wife argue over whether they had a child during the Vietnam War.
JOE (male, plays 40s) – An American veteran from the Vietnam War who has suffered a lot in his life. He is normally patient and tender, but becomes violent towards objects if he gets really angry. Any skin and hair color. Over 5’8”. Preferably muscular but not a must.
PHAN (female, early 30s) – A Vietnamese woman who is haunted by the death of her child. She has graceful hands for folding paper, but her face is always sorrowful. Casting Asian/Asian-American actresses. Black hair. Any height. Ideally Vietnamese but not a must. All dialogue will be in English.

The Hyacinth Girl by Marielle Heydt
A young woman comes into contact with a mourning ghost. She and her girlfriend connect with her through each other.
HEATHER: female, mid 20s, any hair/eye color, any build but preferably short. An introspective, kind, overworked woman who spends a lot of time in her own head. She has trouble expressing herself even to those she trusts.
ZARA: female, mid 20s, any hair/eye color, any build. A fun, chatty woman who puts a lot of time and energy into the happiness of those she cares about.
GHOST: female, 40s or 50s, any hair/eye color, any build acceptable but preferably long and graceful without being especially tall. A spirit in mourning of her previous life, she has up until this point existed without notice, but with first contact with Heather, she becomes desperate to find peace through their interactions.

Brief Synopsis
A college student desperately tries to get a textbook despite everyone’s best efforts to stop him.

Desperate to get into Harvard graduate school, an ambitious college student tries to maintain academic perfection. When his ability to do so is put to the test, he learns that his best interests aren’t necessarily everyone else’s.

MICHAEL STANDIN: (Male, plays 18-22), a young adult man with atypical features. He is very studious, serious, and will do anything to get into Harvard graduate school. Not exactly Steve Urkel but loosely embodies his fashion sense.
ROOMMATE: (Male/female, plays 18-22), Disheveled and unkept are words that would be used to describe this character. Doesn’t care about education or anything STANDIN wants. Wears beanies, sweatpants, and has scruffy facial hair if possible.
PROFESSOR: (Male, plays 35-50), Overweight, white man who is comfortable with dancing on camera. A stickler for the rules. An actor with shorter cropped hair and glasses is preferable.
CLASSMATES (10 needed): (5 Male/5 Female, play 18-22), Young, physically fit people who resemble Grease cast members. They don’t care about school, are strong-jawed, cool, mean and hate Michael Standin. They wear leather jackets and love to watch their professor dance.
SPIT-BOY: (Male, plays 18-22), a meek, short, boy who is physically smaller than the rest of his classmates. Is significantly distinct from his Greaser classmates and doesn’t fit in. Develops a love for Standin.
LIBRARIAN: (Male, plays 22-29), looks like a graduate student, scruffy faced but professionally dressed. He is critical of Standin’s ambition. Must be able to behave very loud and boisterously.
PATRICE: (Female, plays18-22), black woman who works at the library. Has no specific feelings regarding Michael Standin.
BARBER: (Male, plays 40-60), older man who is scruffy and ideally has a larger body type and a white beard like Santa Claus.
CIGARETTE MAN: (Male, plays 30-40 years old), older adult man who appears uncaring, grizzled, and tired. No dialogue. He throws a cigarette at Michael Standin.

***There is NO PAY for these projects but you will receive credit and a copy of your work along with a great experience with a great crew. We work with SAG-AFTRA (student film agreement) and NON-UNION.

Send submissions to: film@vassar.edu (NO FACEBOOK COMMENTS OR NOTES PLEASE-EMAIL ONLY)
please follow instructions below as it helps us to represent you best.

Auditions will be by invitation on January 25th or January 27th at Vassar from 3pm -7pm.

*Subject:  Your Name Casting 2017
*Attach your  headshot (JPEG)  and resume (please be sure all of your files are properly labeled with your name ex johndoeresume.jpeg).
* Attach 2 recent selfies (full length from head down to at least the knees, and a close up of your face from the shoulders up) Please be sure to label your photo files with your name.
*In the body of your email  list your name, your email, your phone number including the carrier, height,
​age range, the location where you reside and receive mail, and your links to any video clips.